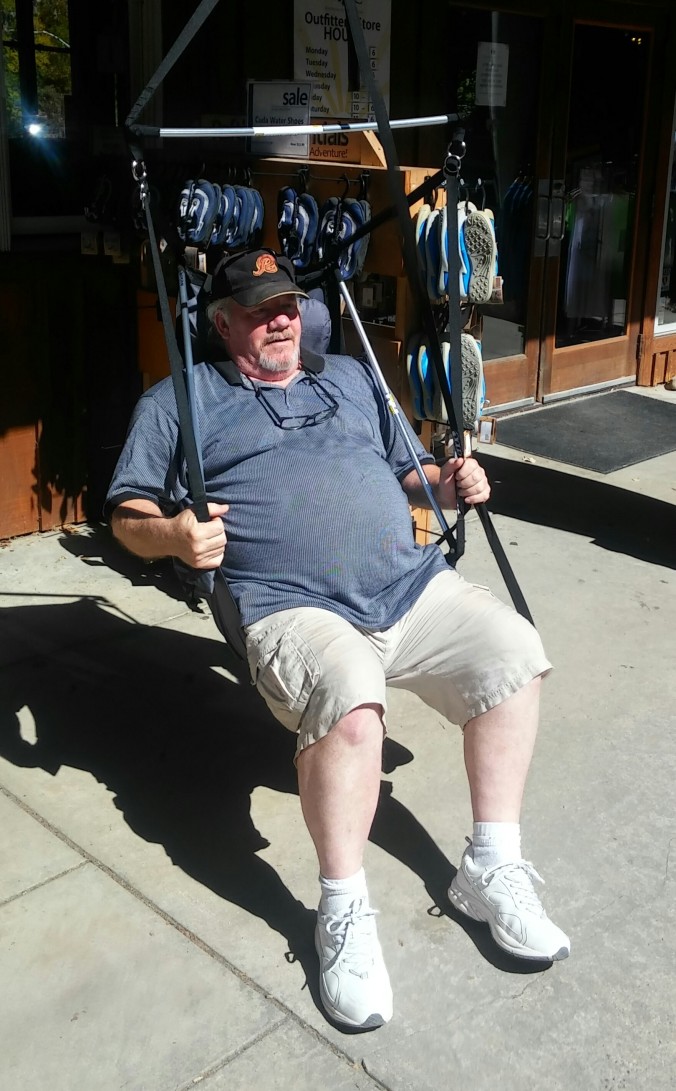 In North Carolina about a month ago. Let’s consider this and the following pictures as my before photos.

On October 31, 2016, I started the Atkins diet at the weight of 274 pounds. This morning has been the start of the twelfth day and I have lost nine pounds. Woke up and the scale told me, “Congratulations Jim, you weigh 265 pounds.”

I did this same diet in 2009/2010 and lost ninety seven pounds in seven months. When I stopped the diet I eventually gained all the weight back. The same would happen with any diet.

Three months ago at the marina

The diet starts with the two week induction plan. This part of the diet is considered the carbohydrates (carbs) cleanse. In a twenty four hour period the dieter can have no more than twenty carbs. I stayed on the induction diet for the whole seven months.

During the sevens months, I had five cheat weekends and ate what ever I wanted. Those weekends were from Friday evening to Monday morning. Didn’t gain any weight, but also wouldn’t lose any until Thursday morning. 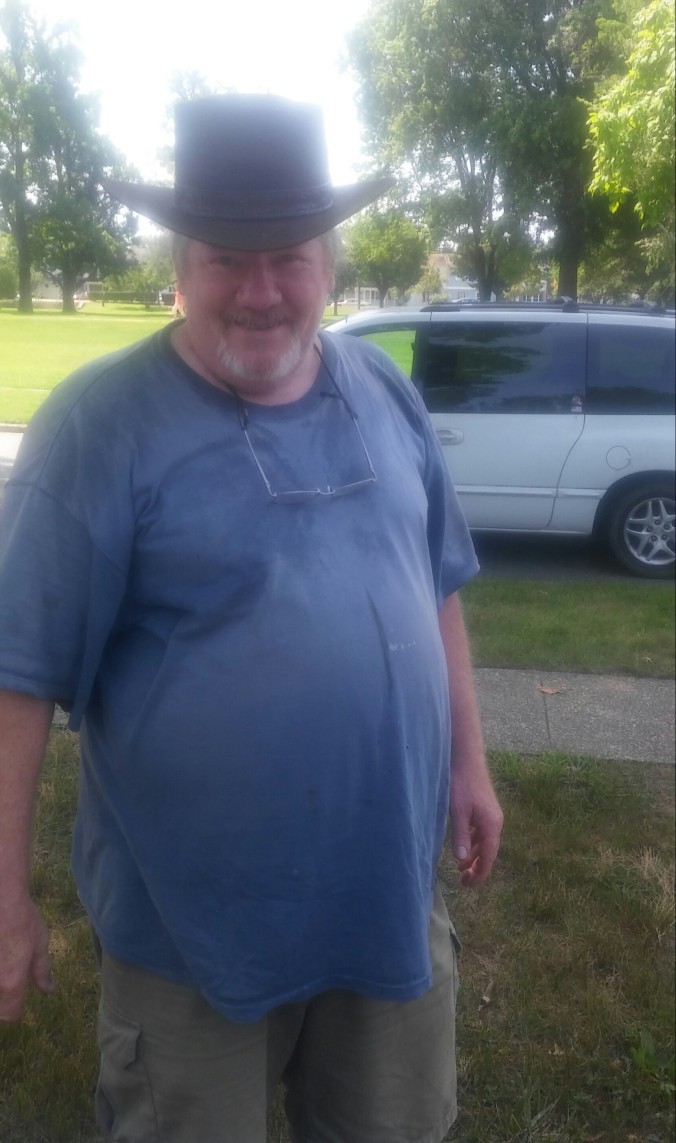 Four months ago at a yard sale

Over the past few years I tried the same diet including the diet sodas and sweeteners. I didn’t lose the weight as I had hoped to.

Four days into the diet this time, I researched the sweeteners and found out that most of them are not good for the body. Some of them even caused blood sugar spikes, which carries the dieter over the twenty carbs a day mark.

My experience has shown me that if I’m off and on the diet, my cholesterol will take a hit. However, when I followed the diet exactly how it says, all my vitals are good. Proved by my blood work.

I can use all the encouragement you can muster.