In part one, I wrote about the different deaths of my immediate family. In part two, I told you about my inability to get back on the diet and how disheartening that has been. The combination of part one and two promptly led to depression. 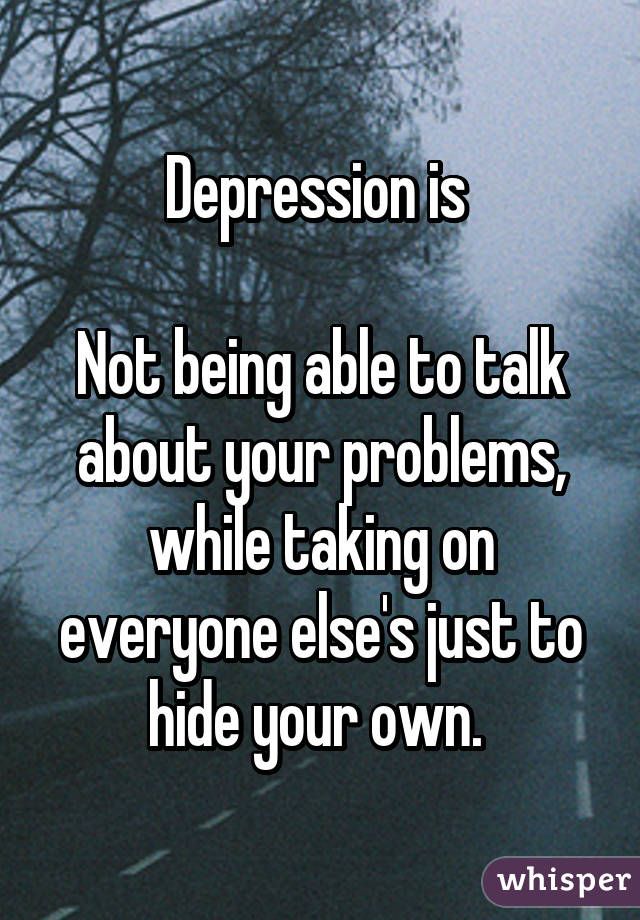 Over the years, I have fallen prey to what I used to call, “A funk.” These funks weren’t often and they didn’t last long, but looking back on it, they were a major part of my life.

Sometimes, when friends would ask me to join them, I would decline saying, “I’m in a funk.” Or I would makes excuses of why I couldn’t hang with them. Maybe these cop-outs were because I didn’t understand what was happening in my life, concerning depression.

During these funks, I would be paralyzed with fear and immobilized behind closed and locked doors. If there was a knock at the door, I would peek out of the tightly drawn curtains in fear of having to talk to someone. I would have no reason to hide, but I would bury my head in the sand anyway.

At times, my best friend Raymond, would be the only person I would let in. When I say let in; I’m not talking about, letting him in the door. I mean letting him into my crippled state of mind. It never registered all these years, that I falling prey to depression.

Several years back, I had four unrelated issues hit me all at once. One or even two at the same time would have been tolerable, but I wasn’t able to deal with all of them on my own. So I sought professional help and it’s a good thing I did, because my thoughts weren’t drifting to self preservation.

With the latest Thanksgiving holiday and the diet failure it was a forgone conclusion that depression would soon set in and it did.

This is not a call for help, but it has helped tremendously to write about it.