Two more happy customers, he said, she said. Alvin tells me he bought three of my books from Amazon, but when I ran into his lovely wife, Commissioner Amanda Stewart, she said she bought them. Ummmm, a mystery, but this mystery doesn’t need to be solved, because my book ended up in more hands. Alvin also bought two from me personally and I watched as that twenty dollar bill come directly from his wallet. 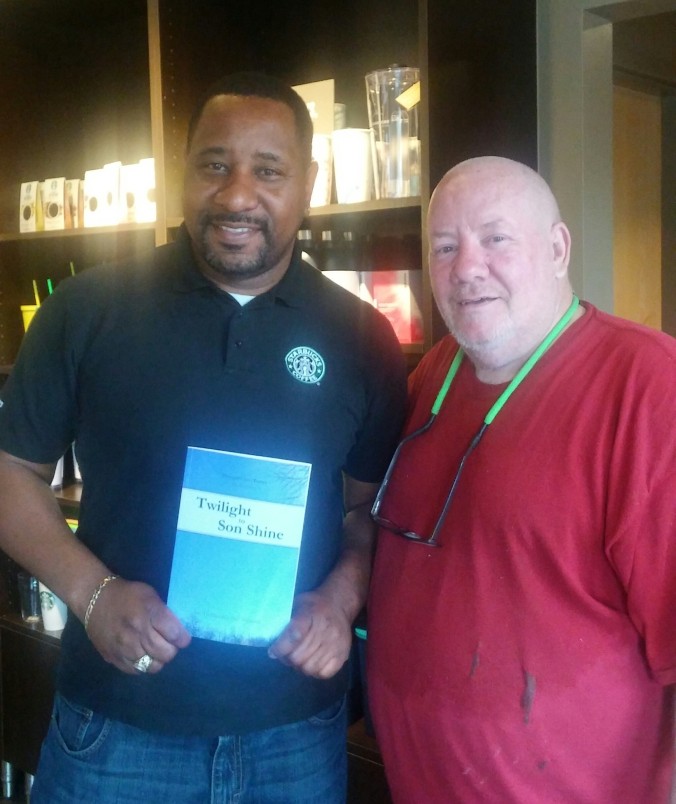 Alvin Stewart, my friend and comrade in a few areas: one is he operates the La Plata Starbuck’s, that I frequent almost on a daily basis. Two, he is the President of the Charles County Chapter of, ‘Christmas in April‘, which is transforming to, ‘Rebuilding Together‘ of Charles County.

Commissioner Amanda Stewart has championed many good deeds here in Charles County. One of the latest is the ‘Charles County Mobile Library Services‘, which brings the library to the ill-equipped patrons of the county. A much loved and needed outreach for the community.

Thank you guys for buying my book and further spreading it into the galaxy.